The idea of distributing books in digital form is as old the computer communication itself. Even slower transmission speeds, book–length files could be distributed without unnecessary delay or cost.  The goal was to free the publishing industry from paper while expanding the audience of books. While ebooks have become an important part of the publishing industry, adoption of ebooks has fallen far short of expectation amid competing formats, devices, and business models.

This book is available in both electronic and paper formats. Why did you choose the format you are reading? Some like the mobility of carrying several books without adding weight, ability to acquire a book quickly or rent’ a book without worrying about physically returning it. Some prefer the feel of paper in their hands, the “under the tree” experience of reading anywhere, avoid learning the software or buying new hardware. Others want to disconnect from technology while reading or find a format easier to share. Does book content affect your choice? For example, would your Bible or other religious books feel the same in electronic form? How does price affect your choice? The relationship that people have with the technology affects the market for ebooks. That relationship may and in some ways have changed. This chapter will examine the factors that have changed ebooks over the years.

The assumed disruptive influence of ebooks on the industry caused publishers and distributors to change theirmarketing plans.  The problems went beyond DRM.  The first choice was to license the books rather than sell them – an important change from print.  Print books are sold, and the physical book then belongs to the buyer – other than the copyright.  The buyer can do whatever they want with that one copy under what is called the “First Sale Doctrine”  (Department of Justice, ND).  That includes selling, lending, or giving away the book.  The publisher only makes money on the first sale.  Licensing changes that relationship.  Instead of buying the book, you are buying the right to read that book.  Many current licenses allow you to “lend” or “give” it to another person but they also only get a license to read it.  The publisher gets to profit from more sales.

The relationship between the new ebooks and traditional publishing was essential to the new marketing plans.  By culling data from US Census Bureau and publishing industry reports, Statista (2017) provides enough information to understand the relationship between bookstore sales and ebook sales (see Figure 2).  Amazon’s Kindle was introduced in 2007 and bookstore sales (including items other than books) began to drop.  Between 2010 and 2013, ebook sales exploded from 29 to 242 million books while bookstore sales dropped by nearly $4 billion. There had to be discussion as to how to enter ebooks without killing bookstores. 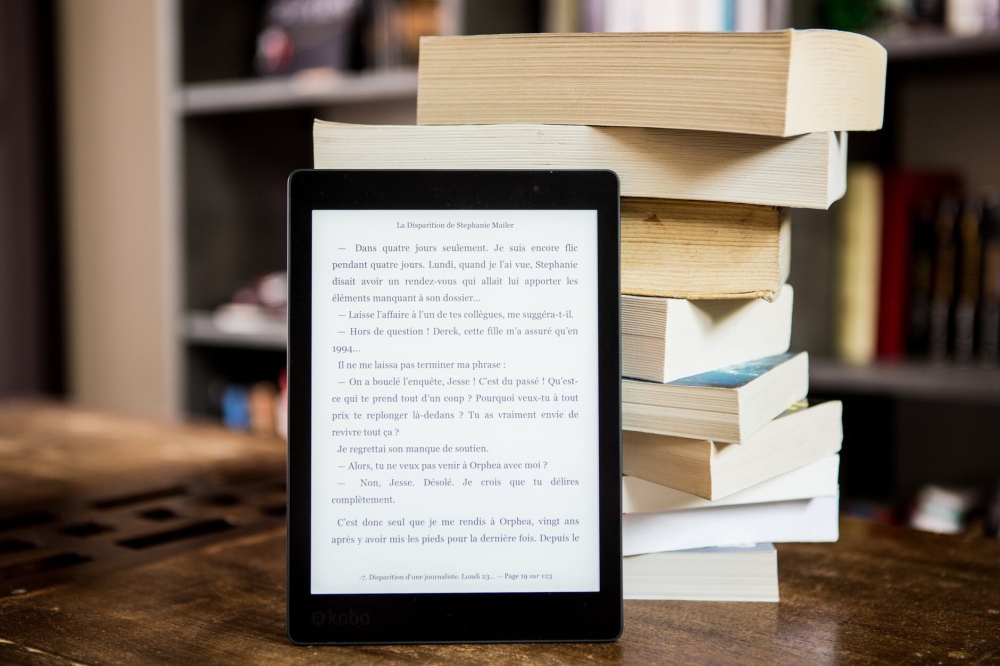 The ereader, specifically the Amazon Kindle was designed for impulse purchases.  While the first ereaders were connected to a computer by wire, later devices quickly adopted wireless technology – at first cell and later WIFI (Pierce, 2017).  The goal was to create a device that would allow a user hear about a new title and buy it immediately.  The combination of a single lightweight device that would hold many books, no need to go to the store, and the excitement of the latest technology was undeniable.  The expectation that the disruptive influence of the diffusion curve was going to come to publishing and eventually most books would be replaced by ebooks.

However, more was happening than a simple technological change.  Not only were ebooks replacing traditional books but also physical bookstores were being replaced by online ordering.  Pricing was also affected as Amazon pushed for a simple standard of $9.99 for most major books.  Apple was already using flat rate pricing for music sales.  It seemed natural to settle on the single price. The goal was to create a system where the customer would not put much thought into the order (Pierce, 2017).  Major publishers, unhappy with the payment structure forced reconsideration of the flat rate price.

Libraries face a special challenge when distributing ebooks (Meadows, 2017).  Publishers, fearing revenue loss to ebooks, have been far more restrictive to libraries.  Realistically, the experience is very different. To borrow a paper book from the library takes two trips to the physical location and the book may be in poor condition (The Authors Guild, 2018).  Ebooks can be borrowed online and are always in original condition. The software for online libraries can automatically “return” books, so the online library and online bookstore are nearly identical experiences other than the time of ownership (access).  Publishers also worry about the security of the software – possibly allowing borrowers to obtain ebooks free of digital rights management (Meadows, 2017).

Specific online interfaces manage the borrowing processes for libraries such as OverDrive that serve many libraries and provides a dedicated ereader software for local libraries.  National libraries have developed such as Project Gutenberg (https://www.gutenberg.org/), and The Internet Archive’s Openlibrary (https://openlibrary.org/).  The OpenLibrary buys paper copies of books and acquires or creates digital copies of books.  The library then loans electronic copies to match paper books it holds.  This interpretation of the Fair Use Doctrine exception to Copyright Law is currently a source of dispute between the OpenLibrary, publishers, and the Authors Guild (Meadows, 2017).  The outcome of this dispute will determine the rights for online libraries in the future. Google Books (not Google’s Play Store) is a hybrid model allowing users to search the contents of books.  If the user finds a book they want to read, they will be directed to they will be linked to locations they can buy (Play Store) or borrow books –depending on availability.

This is an excerpt from my book chapter in Communications Technology and Fundamentals from Routledge.